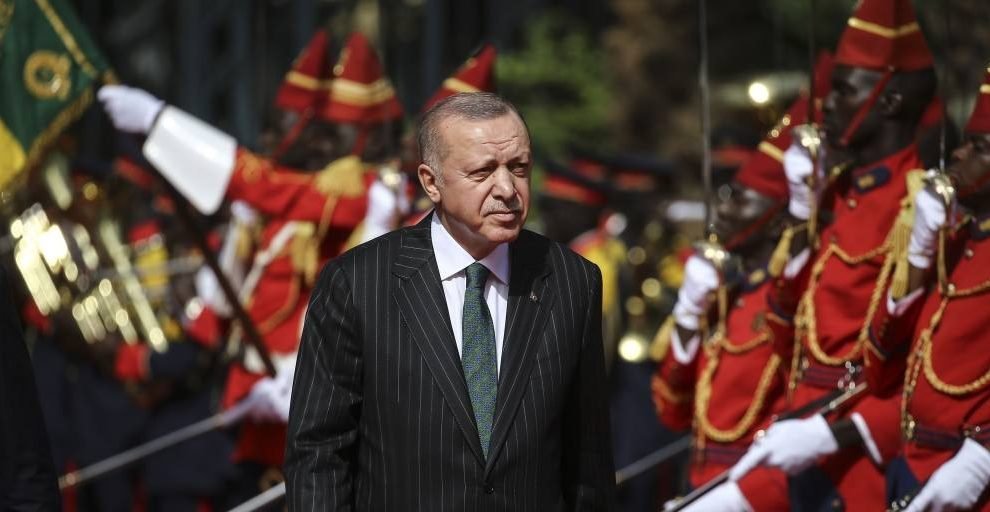 One of the former residences of the last Ottoman sultan is currently used as Erdogan’s main office for the Asia side of Turkey’s largest city.

Overlooking the blue waters of the Bosphorus Strait that divides the Asian and European continents, the two leaders talked of the possibilities that await the two countries.

Twenty-two days after the meeting, Conde was arrested in a military coup.

Speaking on Sept. 7, two days after the takeover, Turkish Foreign Minister Mevlut Cavusoglu condemned the coup and indirectly accused former colonial powers for being behind the event. “In the past, the old colonial view had been to exploit African countries. Now they resort to different ways to bring governments they like to power, or to change governments they do not want.”

“Get your hands off Africa,” Cavusoglu said, before calling on the people of Guinea: “Know the ones who try to support you are those who want to use you.”

It was symbolic of Turkey’s inroads into Africa — an effort that has seen the country expand the number of embassies in Africa to 43 from just 12 in 2002.

During his time in power since 2003 — both as prime minister and president — Erdogan has visited 28 different African countries for a total of 38 times, making him the most frequent-visiting global leader to the continent.

Calling Turkey “an Afro-Eurasia state,” Erdogan has used every tool in his kit to engage with African states. In Muslim African countries, Turkey has built mosques. In Northern Africa, Erdogan has used the Ottoman card, talking about the historic ties. In countries unhappy with old colonial powers exploiting oil and minerals, Erdogan uses his favorite move: serving as the “voice of the oppressed people.”

Turkey’s web of relations are not well understood in the West. Richard Outzen, a geopolitical consultant and former member of the U.S. State Department’s Policy Planning Staff, says that of all the misconceptions in Washington about Turkey, the notion that Ankara is diplomatically isolated is “perhaps the most distorted of all the lenses.”

Erdogan has spearheaded a coordinated strategy of opening embassies, connecting direct flights and deploying commercial counselors so that businesspeople can make a smooth entry into the new market.

But when it comes to the scale and span of projects in Africa, Turkey is no match for China.

According to Engineering News Record’s Top 250 international contractors ranking, based on revenues generated overseas, Turkish contractors ranked third with 40 companies in 2020, after the 41 contractors from the U.S.

The top, by far, is China with 78 companies. 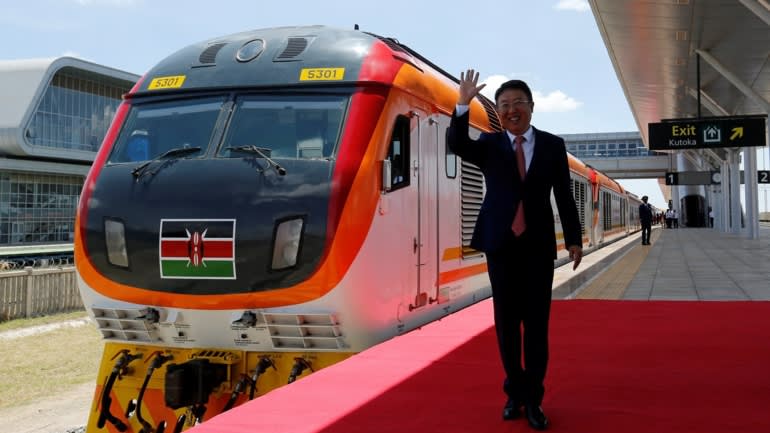 Chinese Ambassador to Kenya Wu Peng arrives at the Nairobi Terminus building operating the Standard Gauge Railway line constructed by the China Road and Bridge Corporation and financed by Chinese government in the outskirts of Nairobi in October 2019.

Erdal Eren, chairman of Turkey’s Contractors Association, recounted his dealings in Africa and how he has seen, firsthand, China’s massive clout.

He recalled a conservation with a leader of a country in the Horn of Africa. When Eren complained that Turkey cannot compete with Chinese prices, if it were to maintain the quality standards of the projects, the leader said sternly, “You cannot negatively talk about China in my presence. China is our ally which is giving all kinds of assistance to my country to stand up on its feet.”

Eren recalled another example of how China maintains rock-bottom prices.

Several years ago, Eren visited a port in Libya. Two ships that served a Chinese company constructing a road were moored at the port. One served as accommodations for Chinese workers — under tough living conditions — and the other held vast supplies, including even imported rice from China. The team needed to buy nothing from the local community.

“We cannot compete against such cost advantages,” Eren said. “With Chinese state support, they bid very low prices with almost interest-free financing attached to the projects.”

For Turkey, the new target is penetration into sub-Saharan Africa, utilizing the newly established embassies, commercial counselors and direct flights.

As of June, Turkish contractors have undertaken 1,666 projects in 43 African countries worth $76 billion since 1972, according to the Ministry of Trade. Sub-Saharan Africa constitutes only 305 projects worth $18.3 billion, with the rest being in North Africa, where Turkey has traditionally had strong ties.

But while sub-Saharan Africa offers potential for Turkey to expand, it is where China has an even greater advantage.

“In sub-Sahara, most countries do not have the oil or gas wealth like North African states and they are short of financial power,” Eren said. “In that region, we try to push Turkish Eximbank resources but we hit the Great Wall of China.”

Turk Eximbank is Turkey’s official export credit agency, which helps facilitate trade credit, guarantee and insurance programs. However, it is dwarfed by the massive financial capabilities of the Chinese state, which provides support to African countries to build infrastructure without seeking any collaboration from any third country.

But Turkey sees some avenues it can explore to gain ground on Beijing. In July, some 250 Turkish and Angolan businesspeople met for a forum in the Turkish capital of Ankara.

On the sidelines, participants from both countries sounded optimistic. “Now that direct flights have started, together with skyrocketing shipping costs from China, we have a chance to compete with Beijing, due to our proximity to Angola,” said Abdullah Anil Altunkaya, manager of Turkish machinery producer Samsun Makina.

Meanwhile, a representative of an Angolan law firm that advises foreign investors, said: “Chinese footprint is everywhere in Angola but a lot of the infrastructure that they built, like roads, quickly wore out. Turkish companies with higher quality have a business chance.”

A major obstacle for Turkey’s ambitious drive is its dwindling financial muscle, which has been hit by a meltdown in local currency lira as well as the pandemic.

Turkey’s answer to China may be to team up with partners. “Where we competed and won projects against China, such as in Rwanda, Tanzania and Senegal, Turkish contractors managed to utilize funds from international institutions like the World Bank and the African Investment Bank,” Eren said.

African companies prefer these schemes more than state-guaranteed borrowing models, “which brings an advantage for Turkish companies in competition with the Chinese,” he said.

Bora said Summa will soon start construction for a new international airport in Khartoum, Sudan, which will be build under a BOT model. 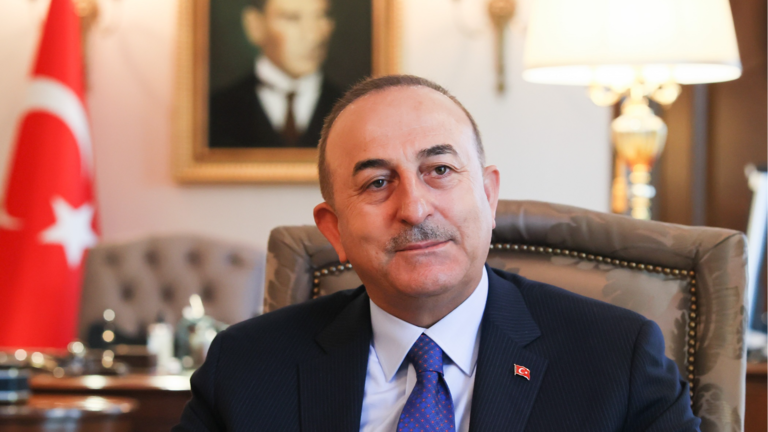 Turkish Foreign Minister Mevlut Cavusoglu speaks to Nikkei in an interview in Ankara on Aug. 18. (Photo courtesy of the Foreign Ministry)

“We will show more effort to further develop cooperation between Turkish and Japanese companies in Africa where Turkish companies already have a strong presence,” said Suzuki Ryuta, the bank’s Istanbul chief representative.

Steelmaker Tosyali Holding, which has a $650 million joint venture with Japanese steel giant Toyo Kohan in Turkey, is the largest Turkish investor in Africa.

In Angola, Tosyali signed an agreement with the government to redevelop the Cassinga mine in the country’s south. Iron ore extracted from Cassinga will be exported via a terminal being developed by Toyota Tsusho and financed by JBIC and Nippon Export and Investment Insurance.

Turkey’s Calik Energy, in which Japanese trading house Mitsubishi Corportation has a stake, has recently completed expanding a small hydropower plant in Malawi with financing from Japan International Cooperation Agency.

Speaking exclusively to Nikkei Asia, Turkey’s Foreign Minister Mevlut Cavusoglu last month said, “Africa has the youngest population, the most rapid urbanization rate and the most dynamic economies in the world. The continent has big challenges but also great opportunities.”

“When we look at Africa, we do not see gold mines or oil fields. Instead we see common history, friendship and an opportunity to develop our ties on equal partnership,” he said. 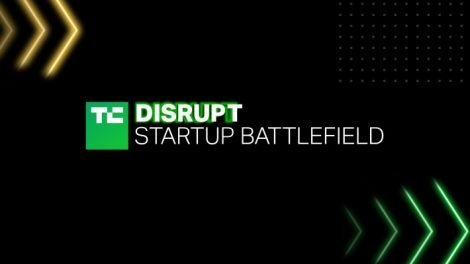 We started this competition with 20 impressive startups. After three days of fierce pitching in the virtual yet incredibly competitive Startup... 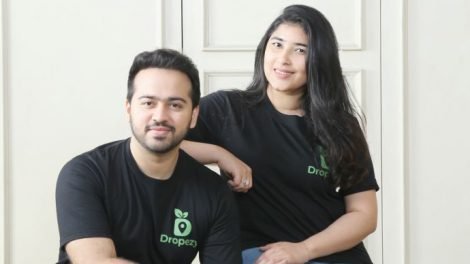 Dropezy co-founders Nitesh Chellaram (left) and Chandni Chainani Indonesia-based e-grocery platform Dropezy today announced that it has raised a US$2...