Nikkei Asia is tracking the spread of the new coronavirus that originated in the central Chinese city of Wuhan.

Global cases have reached 113,996,445, according to Johns Hopkins University in Baltimore.

For more information about the spread of COVID-19 and the progress of vaccination around the world, please see our interactive charts and maps.

— Status of vaccinations around the world

— Coronavirus mutations can be classified into 12 types

6:00 p.m. The European Commission will present a proposal in March on creating an EU-wide digital vaccination passport, Commission President Ursula von der Leyen says. “As for the question of what the digital green passport could look like: We will submit a legislative proposal in March,” she says in a video conference with German conservative lawmakers.

3:06 p.m. Tokyo confirms 121 new cases, down from 329 a day earlier, the lowest daily count in four months. Japan lifted the state of emergency on Monday, except for Tokyo and three surrounding prefectures — Kanagawa, Saitama and Chiba. The government will decide this week whether to end the emergency for the area, which is slated to continue until March 7.

1:20 p.m. Indian Prime Minister Narendra Modi, 70, takes the first dose of a COVID-19 vaccine as India began inoculating people over the age of 60, along with those over 45 with existing health conditions. The country has begun the second round of a massive vaccination drive, which kicked off in January with shots for health care and frontline workers. Modi received his jab of homegrown Covaxin, one of two vaccines that received emergency use approval in January. The other approved vaccine is Covishield, developed by Oxford-AstraZeneca and locally manufactured by Serum Institute of India. A box of Sinovac Biotech’s vaccine is unloaded at Villamor Air Base in the Philippines on Feb. 28.

12:00 p.m. South Korean President Moon Jae-in says his country will work with Japan for the success of the Tokyo Olympics, a move that could help the countries recover from pandemic-related problems. Moon also says the games could provide a chance to reopen talks between North Korea and the U.S., as well as spur dialogue between North Korea and Japan, and the two Koreas.

11:30 a.m. Thailand’s COVID-19 vaccination program officially begins, one day after Health Minister Anutin Charnvirakul and a group of health care workers received injections of a Chinese vaccine. The country has approved two vaccines so far, those from European pharmaceutical company AstraZeneca and China’s Sinovac Biotech. The latter is only approved for people aged 18-59, which would exclude Prayuth, who turns 67 on March 21.

10:00 a.m. The mayor of Auckland says residents should be prioritized for vaccines after New Zealand’s biggest city was thrown into its fourth lockdown over the weekend costing millions of dollars a day. The seven-day lockdown affecting nearly 2 million people was prompted by a person who had been infectious for a week but not in isolation. Americans could have their first look at Johnson & Johnson’s newly approved one-shot vaccine on Tuesday.

8:30 a.m. Initial deliveries of Johnson & Johnson’s newly approved vaccine should start on Tuesday, helping to boost vaccination rates across the country, according to administration officials, who urged everyone in the U.S. to get vaccinated as soon as it is their turn.

4:01 a.m. The U.S. has administered over 75 million shots as of Sunday morning and distributed more than 96 million doses nationwide, according to the Centers for Disease Control and Prevention. The numbers cover both the Moderna and Pfizer/BioNTech vaccines, each of which requires two shots. Nearly 50 million Americans have received at least one shot, while about 25 million have received both.

12:10 a.m. Japan lifts the state of emergency in six prefectures outside the Tokyo region amid improving infection rates. The edict was lifted in Aichi, Gifu, Osaka, Kyoto, Hyogo and Fukuoka a week earlier than the planned end date of March 7, as all had met exit conditions. The four remaining prefectures — Tokyo, Chiba, Kanagawa and Saitama — will await further signs of improvement. 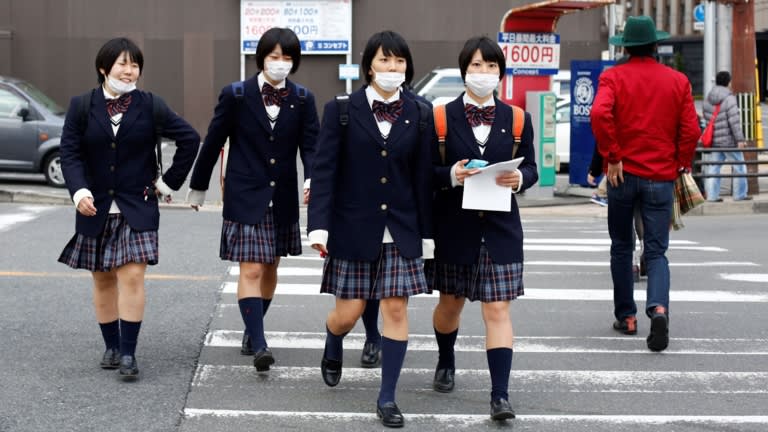 Students in Kyoto, Japan: The state of emergency was lifted in Aichi, Gifu, Osaka, Kyoto, Hyogo and Fukuoka a week earlier than the planned date of March 7.

7:57 p.m. Hungarian Prime Minister Viktor Orban has received a coronavirus inoculation developed by China’s Sinopharm, the leader says on his official Facebook page Sunday. “Vaccinated,” he wrote, with photos of him receiving the shot and a doctor showing the vaccine’s packaging.

5:27 p.m. The Philippines receives its first batch of COVID-19 vaccine in a shipment donated by China, a day before the Southeast Asian country is due to roll out its inoculation campaign. President Rodrigo Duterte attends a ceremony for the arrival of the initial 600,000 doses of Sinovac Biotech’s CoronaVac, delivered by a Chinese military aircraft. The Philippines is due to receive another 25 million doses of CoronaVac in batches this year.

1:48 p.m. Australia receives 300,000 doses of the AstraZeneca vaccine on Sunday, more than doubling the amount of all vaccines shipped to the country so far, allowing the government to intensify its immunization drive. Mass vaccinations for Australia’s 25 million people began Monday after the arrival of the first batch of more than 142,000 doses of the Pfizer-BioNTech vaccine.

9:30 a.m. The U.S. authorization of Johnson & Johnson’s single-dose vaccine enables millions more Americans to be inoculated in the coming weeks and sets up the company for additional approvals around the world.

2:35 p.m. Tokyo reports 337 new infections, according to the city government. Japan said on Friday it would lift at the end of this month a state of emergency in six prefectures, a week earlier than scheduled, although the curbs would stay until early March in Tokyo and three other prefectures.

2:04 p.m. Philippine President Rodrigo Duterte extends partial coronavirus curbs in the capital until the end of March, as the country awaits the arrival of vaccines. The move comes after the country recorded 2,651 new virus infections on Friday, the highest daily increase in more than four months.

With Southeast Asia’s second-highest tally of infections and deaths, the Philippines has suffered lengthy, strict lockdowns in Manila and provinces, hitting an economy that was among Asia’s fastest growing before the pandemic.

Curbs will stay for another month in Manila, which accounts for 40% of national economic output, presidential spokesperson Harry Roque says in a statement. Also under partial curbs are Duterte’s southern home city of Davao, and the northern city of Baguio. The curbs limit operations of businesses and public transport.

The first to receive the shots are health care workers, staffers at assisted care facilities and other high-risk people, with a goal of vaccinating 32 million to 36 million people — some 60% to 70% of the population — by September.

The government hopes to reach herd immunity, defined as at least a 70% vaccine take-up, by November, as health authorities remain on alert for signs of sporadic infections.

To catch up on earlier developments, see the last edition of latest updates.

Meet Feels, a new French startup that wants to change how dating apps work. According to the company, scrolling through photos and reading... 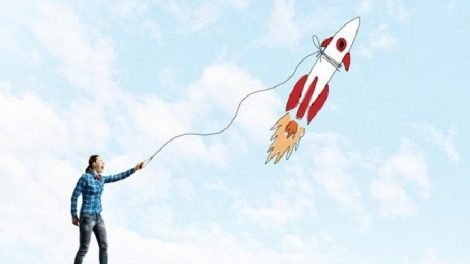 In March 2021 product updates, we wanted to give startups the capabilities at accessing knowledge of experts in certain area to better help them...